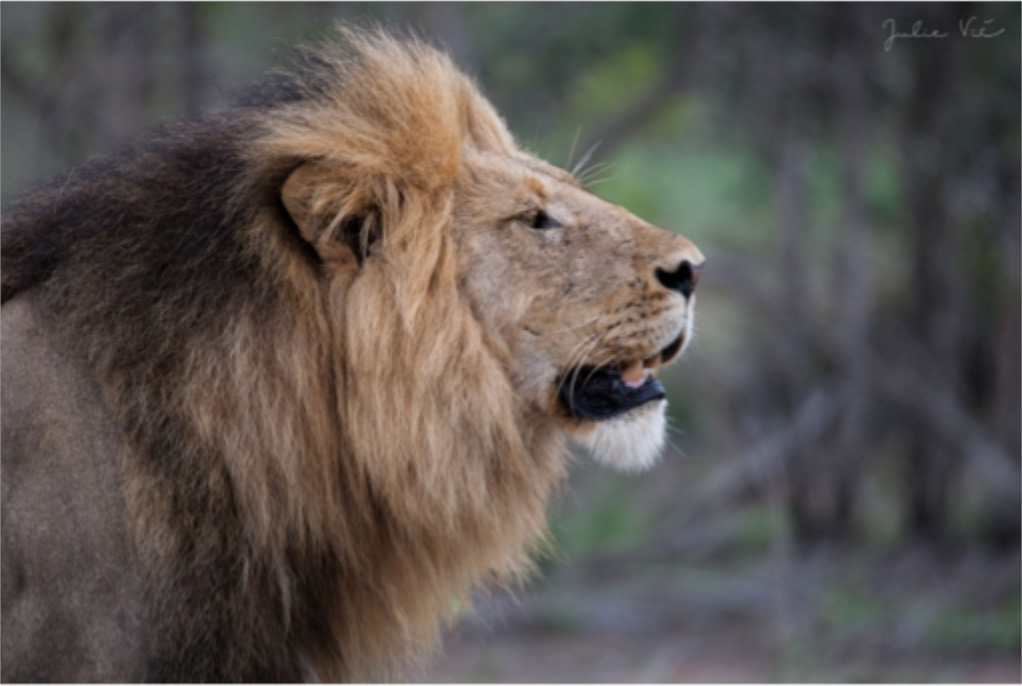 All the guides of the Mluwati concession wish you a Merry Christmas and a Happy New Year! This month has been amazing as we finally received the so expected rains. Now the bush starts to be lush again and animals are moving around a lot on the concession. One of the highlights of this month was the operation to collar and vaccinate a pack of wild dogs just in front of Imbali Lodge.

As I said above, the summer rains have finally arrived. So some part of the Mluwati concession received around 100mm of rain in one night! We were all amazed even if it caused a few problems for us to drive around. The Hamilton’s drift and the low water bridge on the S125 looked like raging rivers and it was impossible to cross them that morning, the Hamilton’s guides were restrained to only one road, the S36 to Nlhanguleni. Some other member of the team had to rescue a tourist’s car stuck in the mud in a drainage line on the S125. Luckily, the strong cruiser was able to pull their mini-bus out and everyone was safe… but muddy up to the knees! During the afternoon, the water levels went down and most of the drifts were crossable again, except for of them which are still as I type, very damaged. The river banks have been washed away but the team members are working and everything should be back to normal again soon. Anyway, it is amazing to see the Nwaswitsontso River flowing again, this hasn’t happened since 2012!

For this Christmas the guests have been spoiled. They got to witness a veterinary operation on a pack of Wild Dogs. The Kruger’s veterinarians are actually on a mission to collar and vaccinate as much dogs as possible. Rabies and canine distemper is a big problem in the Park and the vets are working hard to fight those diseases. We were told to inform the vets quickly if we find any wild dogs. That one morning, a pack of 15 (6 adults and 9 sub-adults) showed up at Imbali water hole for a drink. The vets were called immediately and arrived on site about 1 and a half hour later while someone kept a close eye on the most endangered African predators. The vets kindly allowed the guides and their guests to come and watch the operation as soon as the 2 chosen dogs (one male, one female) were darted and asleep. This was a very special experience to observe the team working around the dogs and be able to actually see them from so close. We also got the chance to watch the male waking up and trying to stand up on his numbed legs. We actually had a good laugh as the dog was still drugged and very unstable on his feet so constantly falling over like if he was drunk. But no worries, this was the normal procedure as it always takes quite a few minute for the retro anaesthetic to cancel the effect of the drug. For the rest of the day, the head guide Greg stayed with the pack, watching that the 2 dogs were recovering properly. The day after proved to us that they did recover well as we found them and watched the 15 of them making a kill. The same pack has been seen several times since then and all of them are in perfect condition!

Lion’s sightings have been a bit scarce these last weeks. Firstly because the beginning of the month was still dry and the herbivores still away from the concession then secondly, a part of the concession is inaccessible since the big rains and the lions are often staying in there. But still we had some nice sightings. We found a big pride (about 15 lions and cubs) feasting on a buffalo on the Manyeleti cutline. That pride is supposed to come from Manyeleti Private Reserve and went back where they came from after finishing their kill. We also had 2 different sightings, during the same game drive, of some unknown males in the very South of the Concession. One sighting of 2 males and less than a kilometre away, another lonely big male coming from Manyeleti as well. Our 3 females and their 7 cubs have also been found, surprisingly out of their usual territory, probably going after some big herbivores like zebras or wildebeests which gathered on the western side of the concession for now. Our 2 resident males have been a bit up and down between Imbali and Hamiltons and seen regularly. The 2 Hamiltons females and their cubs have moved their den site at the very beginning of the month. They are now in the Park so we just see them now and then. We actually have been lucky to watch them stalking some impalas on the S125 and we have got the chance to see the big cubs and confirmed that they are still doing well.

Like the lions, the leopards haven’t been too present recently but they still gave us some nice sightings. Due to the rains, herbivores are moving around a lot and the predators have to follow. So, this month we hope to see many different leopards. A big male from the Manyeleti came and visit us in the South; Wabayiza have, once again been blocking the access to one of the Hamiltons tents for a little while and eventually left and let the guests in. He has also been spotted on the S125 busy hunting. The young male has been seen moving around but without his mom… Then a nice little female has been spotted on the S125, stalking impalas before disappearing into the river bed. When the guides and their guests thought the sighting was over, the impalas started to alarm call again making the guides think the female was coming back… Surprisingly, a big male emerged out of the river bed a couple of meters from where the female went in. It is unusual to see 2 leopards in the same vicinity, so once again the guests have been spoiled!

As expected, with the rains, elephants and buffalos are back. So far, we were mainly seeing some elephant bulls and some dagga boys hanging around the Concession, but now all the big breeding herds have arrived back. Nice big buffalo herds have been spotted in the North, counted around 150 buffs… and the S145 has became the elephant’s heaven! Lots of breeding herd are now feeding along the Nwaswitsontso River, a lot of babies have been seen playing around.

Now we can find all the summer migrant birds all over the concession. All the bee-eaters (Europeans and Carmines) have been seen; also, a lot of stork’s species are spotted. They are here to feast on all the frogs, which are obviously coming out with the rains.

In conclusion, summer is definitely here now! The lush bush is full of life and full of babies, and it resonates of the songs of all the summer birds, the croaking of the frogs and the noises of the insects.

MERRY CHIRSTAMS and HAPPY NEW YEAR!!!
Hope to see you all here with us on the Mluwati Concession – till then 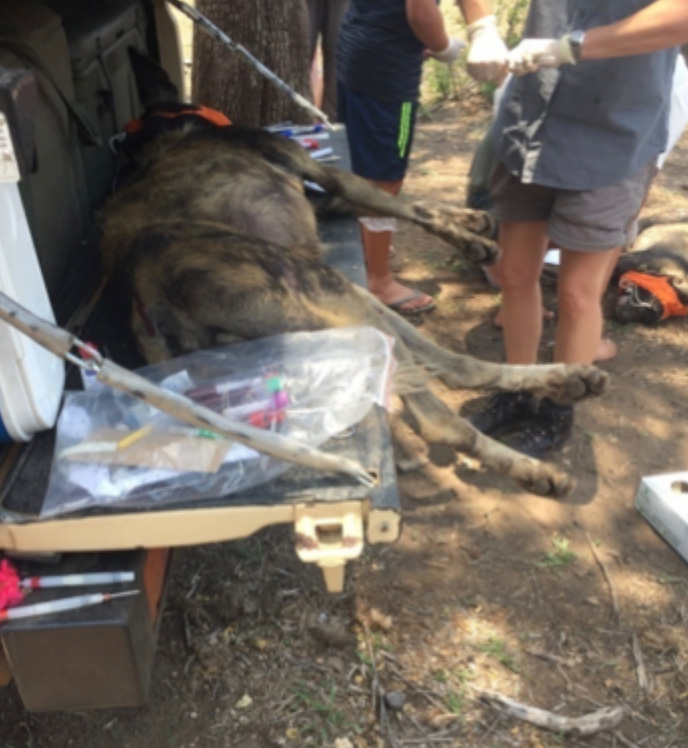 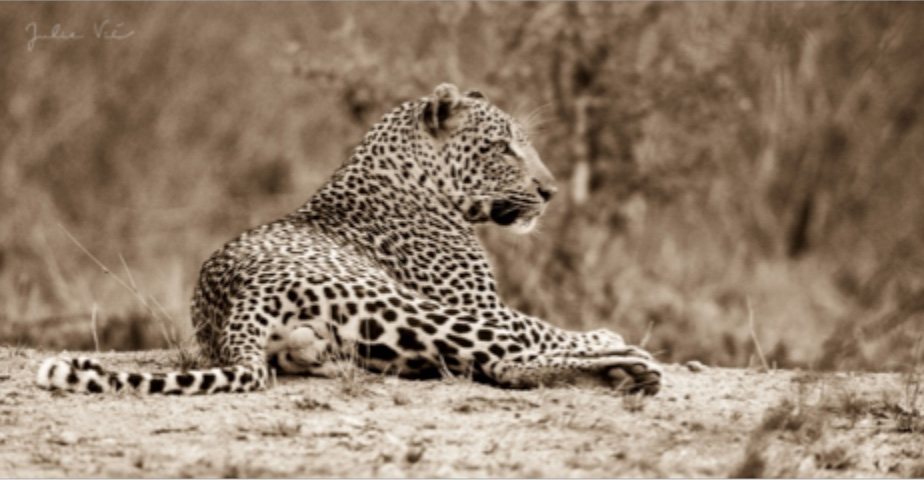 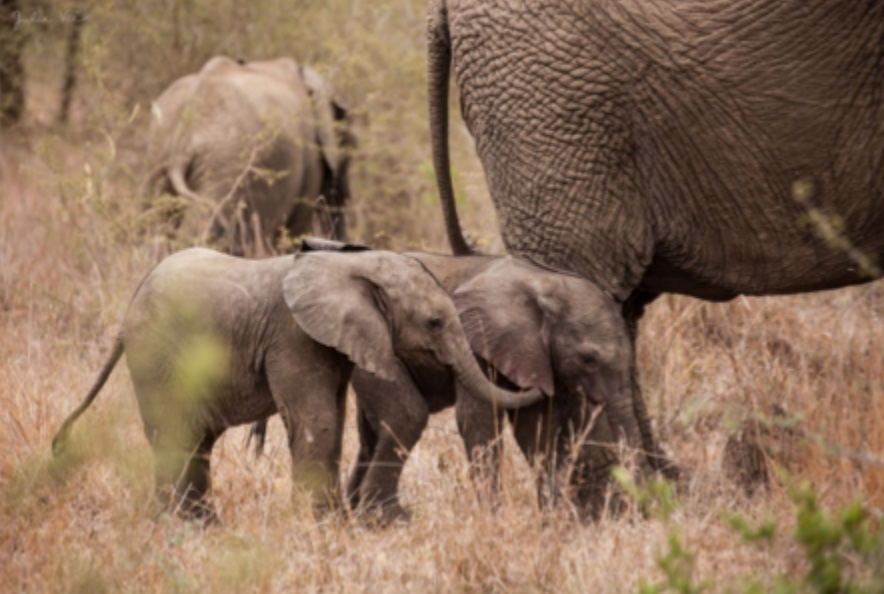 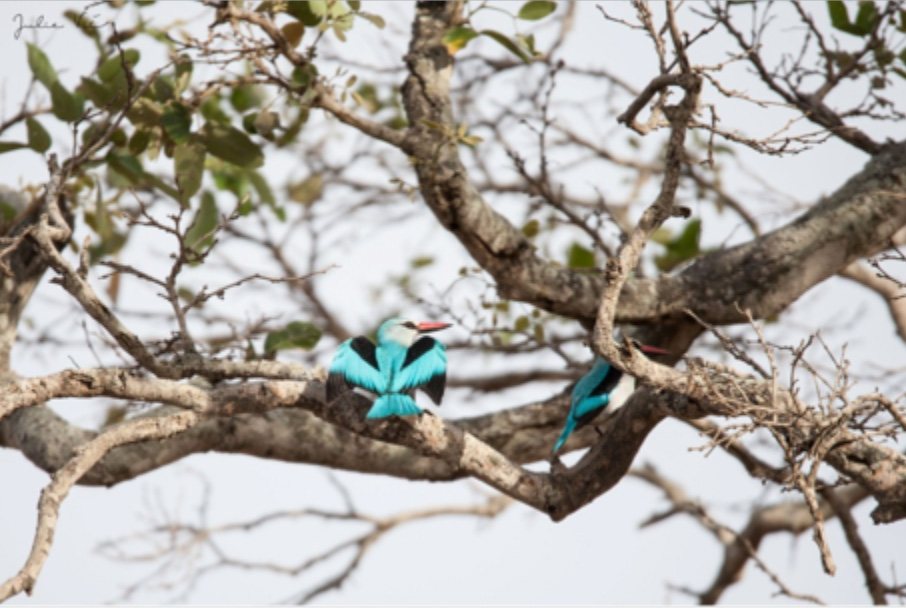