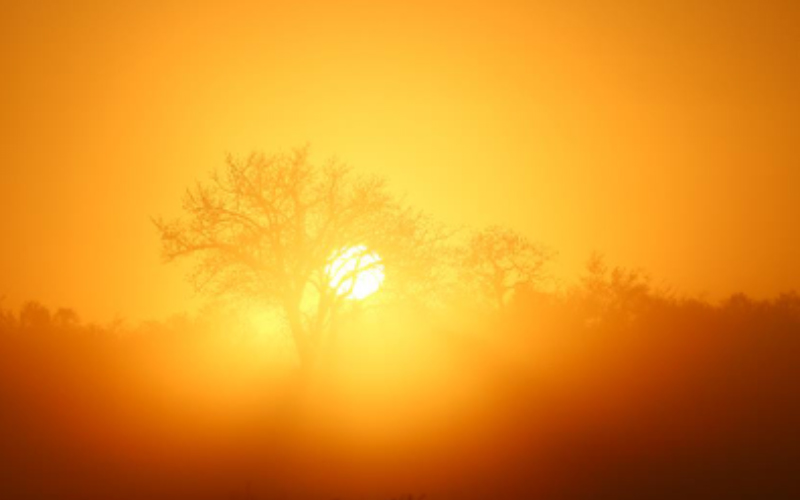 Welcome to all our followers and to another edition of the happenings in the amazing place we are privileged to call home. As June comes to an end the grasses have all turned a light shade of yellow and brown and most of the natural pans dry, the animal’s movements become more predictable as they move between the available water sources. This was evident this month with guests treated to various predator sightings in front of our camps while having dinner and one night the guests stayed up watching the waterhole for three hours as they were treated to a sighting of three different Leopards coming and going and being harassed by the Elephants and Buffalo at the same time. As well as one night in the early hours of the morning a pride of Lions pulled down an antelope right in front of the lodge in the riverbed and the commotion as they pulled it down and then fought off Hyenas trying to steal their kill woke the entire lodge up. As the guests arrived for morning safari there were lots of excited story telling going on while enjoying their coffee and eager to get out on safari and find the Lions in question.

It was a good month of sightings of these apex predators, sometimes it is even confusing to the guides as we had various sighting of some Lions we have not seen before. The Imbali pride or part thereof was seen a couple of times, the young males in the pride are at the age where they are being forced out on their own. All the guides have a soft spot for this pride, we have watched them from tiny cubs growing up. Every time we see them it is interesting to see how they are developing and growing up, we hope they will one day form a formidable coalition. We also had a very large unknown male moving all over the concession roaring constantly for all to hear, possibly looking for a female or to chase the young males off the concession and take the Lionesses for himself so we wait to see how the dynamics will work out. Hamilton’s pride pulled down an antelope in front of Imbali and after fighting off the Hyenas to keep their hard-earned meal another big male came and chased them off and stole the remains for himself, we think this male might come from the Talamati pride. So, there is a lot happening Lion wise on the concession and we will have to wait and see how it plays out.

It was another difficult month finding these masters off stealth even with the drier vegetation, the grass is still very long and the golden yellow colours help the Leopard blend in perfectly and hard to spot. Wabayisa was seen on several occasion all over the concession, the once resident male from Hamiltons seems to have taken a step back and has become more of a roamer. One morning he was found mating with an unknown female which was an amazing sighting for our guides, then Xipoko the resident male who moves around Imbali also came in to investigate the noises made by the mating couple. There was a tense stand off between the two males amongst lots of snarling and scent marking then they went their separate ways. It was a sighting the guests will not forget for a very long time.

This month we had no sightings of Cheetah on the concession. These animals have extremely large home ranges and sometimes being as big as 120km2 so they can spend time in one area for a long time and not be seen for quite some time. As the season gets drier and the grass thins out a bit and water become scarce, we hope to have a couple of more sightings of these beautiful cats. 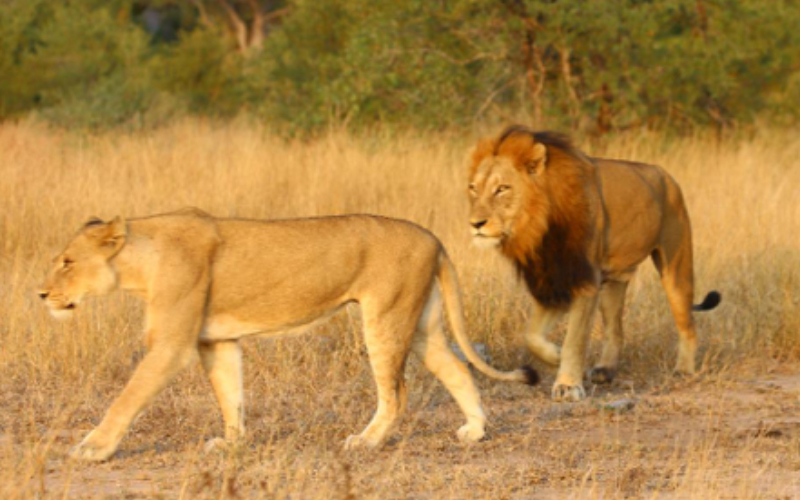 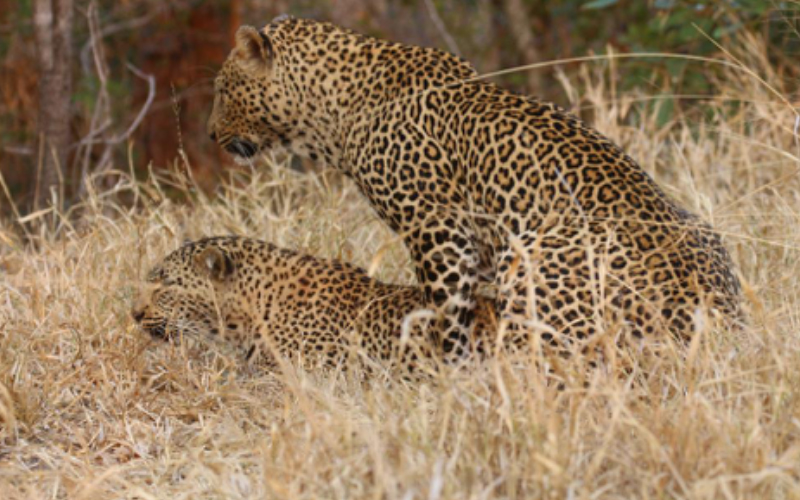 Wabayisa mating with the female from Hoyo Hoyo Safari Lodge 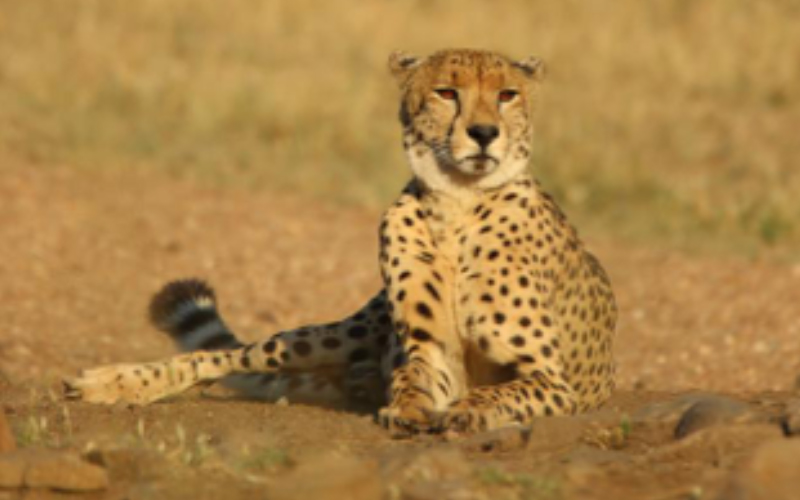 We had one brief sighting of a pack of around 16 dogs this month we think they are denning quite far east off the concession. The pack and pups at the den site might not range quite as far until the pups get to around six months old. Wild Dogs are not as water dependant as other animals as they get a lot of fluid from the prey they feed on, and being one of the most successful predators in Africa they have a success rate of around 80% so they make at least two kills a day dependant on how many in the pack this can increase.

As water becomes scarce we see many big holes in the dry riverbeds where the Elephant dig for water they can smell the water under the ground almost up to 2 meters deep and are very good at digging these holes to find this precious resource, which after they have finished drinking lots of the other animals will make use of when the Elephants are done. Buffalo herds were scarce this month with only small groups of Dagga boys seen around the concession.

The concession is always alive with birdlife and in the cold winter mornings all the birds can be seen sitting on top of the trees singing their morning chorus and waiting for the sun to rise so they can warm up after a cold winter night. Most of the white back vultures have got chicks in their nests and can often be seen looking out from the nest in eager anticipation for the parents to come back with some food.

The African bush in all its splendour is true food for the soul…. 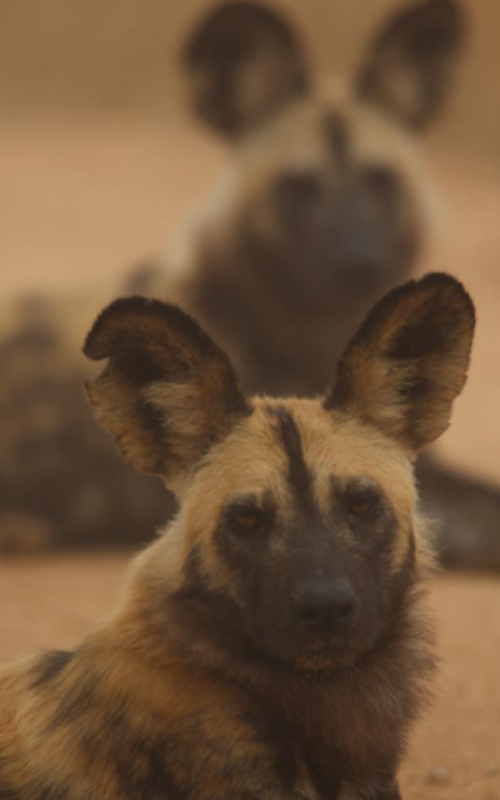 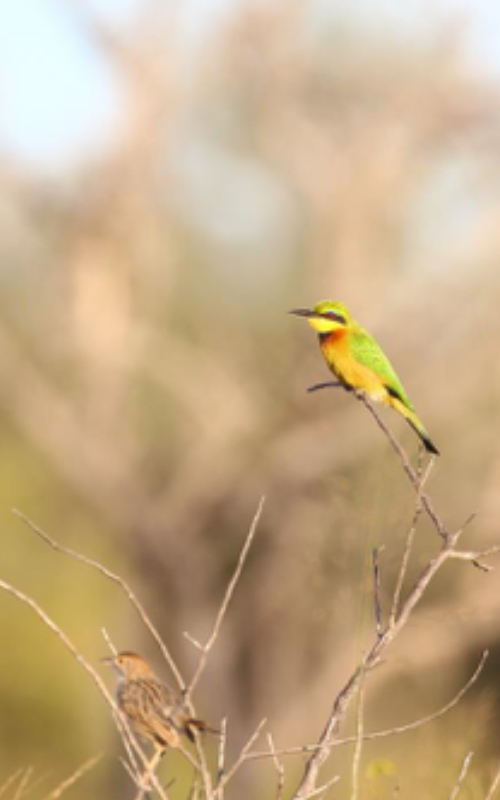 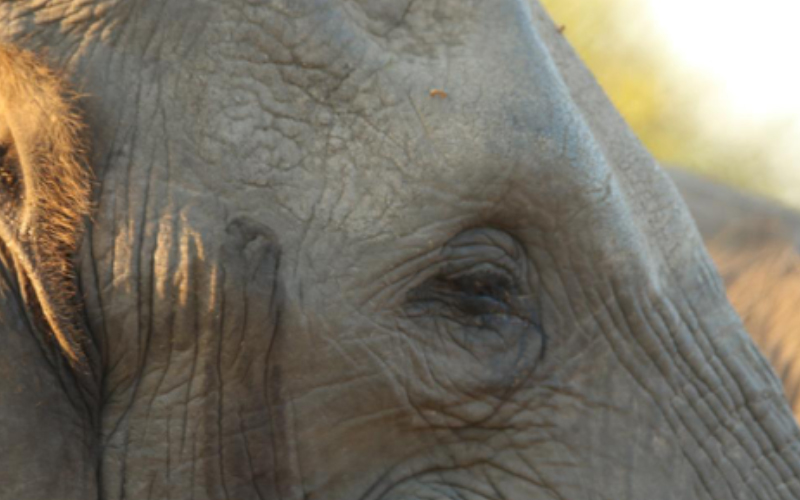