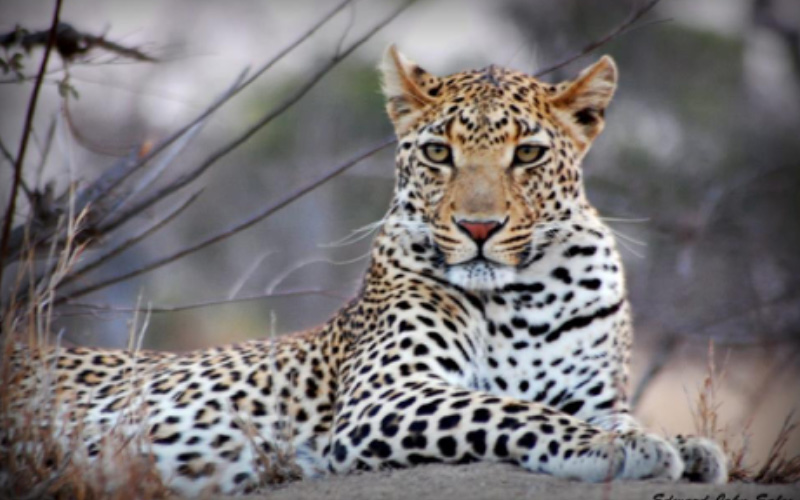 Welcome to all our readers and guests who have being fortunate enough to stay with us on this wonderful piece of heaven. As the bush thins out dramatically getting to the height of the dry season we have been lucky sightings wise especially with Lions and some interesting dynamics happening there as the dominant male from Hamilton’s got replaced by another large male that we are still unsure of where he came from but he has already started to ensure the progression of his bloodline and has been seen mating with numerous Lionesses from the pride. As water becomes a scarce commodity this time of year there is always a constant flow of animals large and small in front of the lodges keeping the guests entertained for hours.

It was an amazing month for Lions and the guides discovered one Lioness was hiding some new cubs in an area which is totally inaccessible by car so we wait for her to bring them out one day so we can see the new addition to the Hamilton’s pride. On that note, the pride as stated last newsletter was taken over by a younger large male and he is ensuring that his bloodline will carry on as he has been seen mating with various females as well. However, we will wait to see what happens as to the Lioness mentioned above with her cubs as they are not from the new male and if found he will kill them or this might split the pride and some Lionesses’ might move off to another area to protect their offspring. So, we will wait and see what happens…

It was a bit of a slow month as far as these beautiful cats are concerned but with all the Lions moving around the concession. It was no surprise as we have often seen when there is an influx of the number of Lions moving around the Leopards become harder to find as they keep a low profile as not to come into conflict with these apex predators. A good example of this was a brilliant sighting of Wabayisa who had secured a fully-grown Impala kill up in a large Tamboti tree and was sleeping down on the ground and the scent of the kill had attracted the attention of some Lionesses close by. Who approached silently and at the last minute rushed in his direction, and like lightning he was up in the tree out of reach of his enemies who stayed around for a while seeing if there was a way to steal the Leopards hard earned meal but they had no luck and left?

This month we had one sighting of theses masters of speed, if you have ever watched a documentary on theses amazing animals like everything else in nature their bodies are purpose built for reaching speed in excess of 100km an hour from their bone structure till their tail which is very long in relation to their body size. It acts as a steering rudder almost to help the Cheetah to turn at sharp angles while running at speed and the way his legs are structured, they cover almost 10 metres in one stride. Of course, this speed can only be maintained for short distances and also makes the Cheetah vulnerable to any other predators nearby who often move in and steal the kill away. 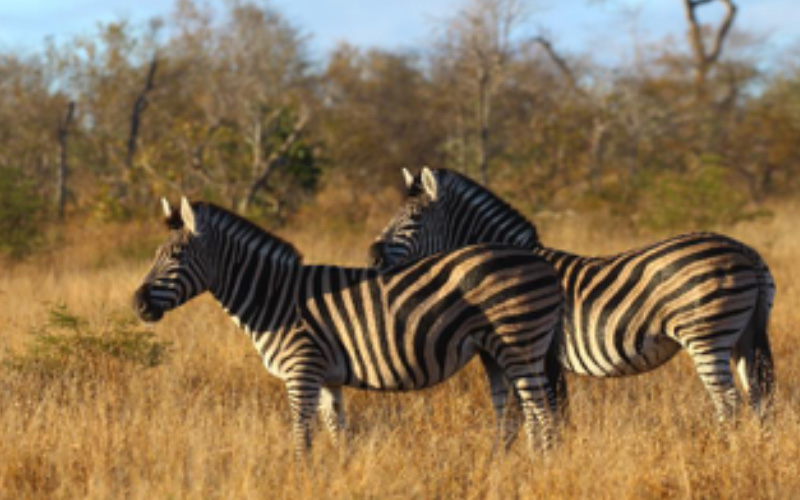 An amazing dazzle of zebra stripes 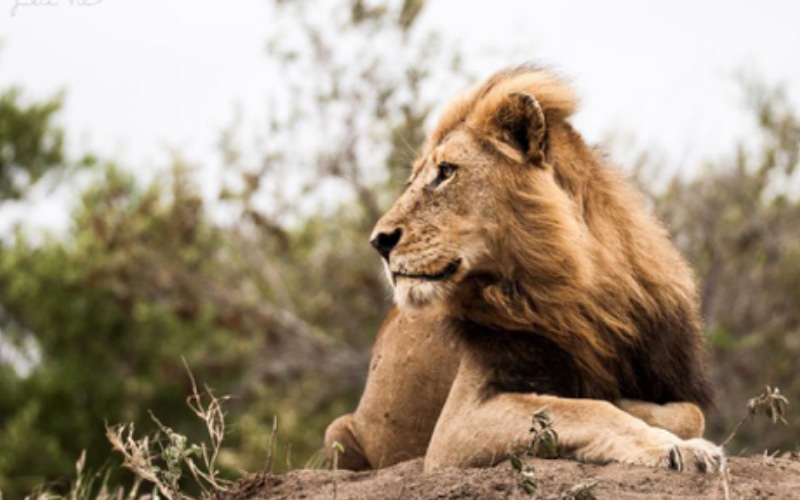 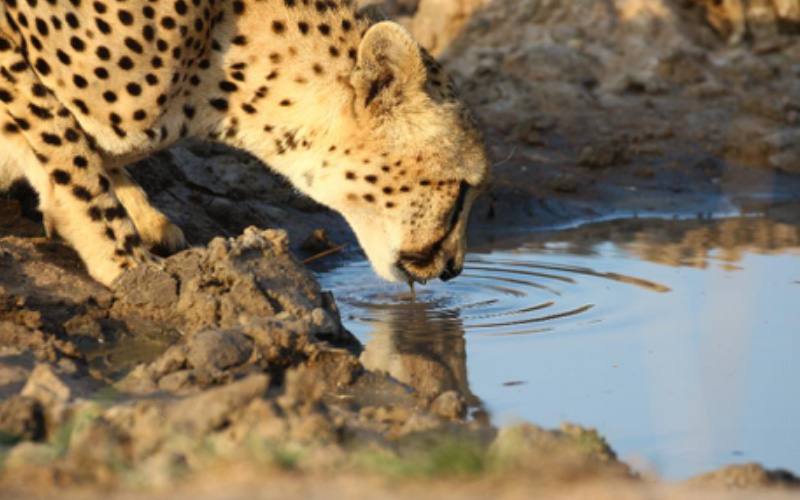 We had a couple of sightings of these amazing carnivores this month but still no sign to suggest they have pups or as to where their den site is. The pups will normally stay around the den site up to about 4 to 6 months when they will start to move with the pack but still cannot cover the distances that the adults can or maintain the speed when the pack starts to hunt. I have witnessed this before when pups where with the pack and the adults took off at speed after some prey and the pups just remained in the same place until an adult came to fetch them or sometimes on adult will remain behind to look after them until the pack returns or if the hunt is successful then lead them to where the rest of the pack is.

As the days get hotter and there are now no natural water sources about except for some of the bigger dams there is always a constant flow of Elephants in front of all the lodges at the waterholes keeping the guests entertained for hours. Buffalo have been few and far between with just some small groups of Dagga boys moving all over the concession. There where some big herds seen at the big dams on the outside of the concession. The Buffalo are very water dependant especially this time of the year when the vegetation is so dry, they need to drink at least once a day to attain the necessary water that they need.

The concession is always alive with birdlife, there was a couple of sightings of Kori Bustard the worlds heaviest flying bird which is not often seen. We see lots of pearl spotted owlets this time of the year when the vegetation thins out like it is. They are very vocal late afternoon and late into the morning which is why the are called crepuscular as it means that they come out earlier than most nocturnal birds and stay active much later in the mornings.

Africa and all its splendour will always touch everyone’s souls in a profound way…. 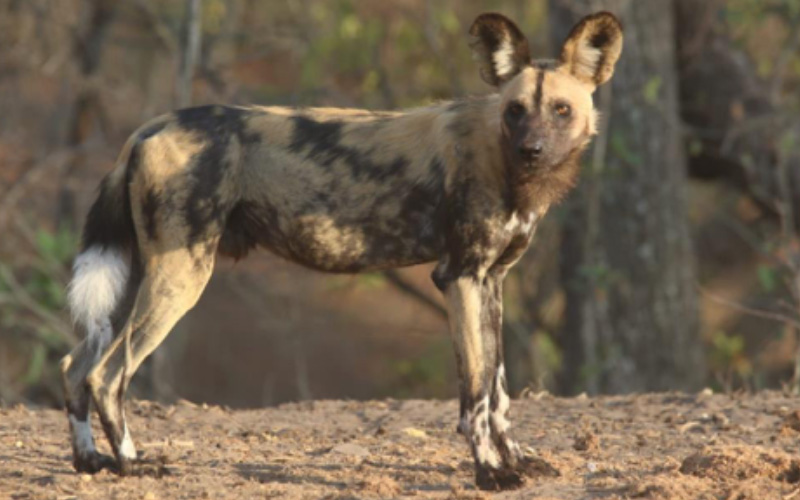 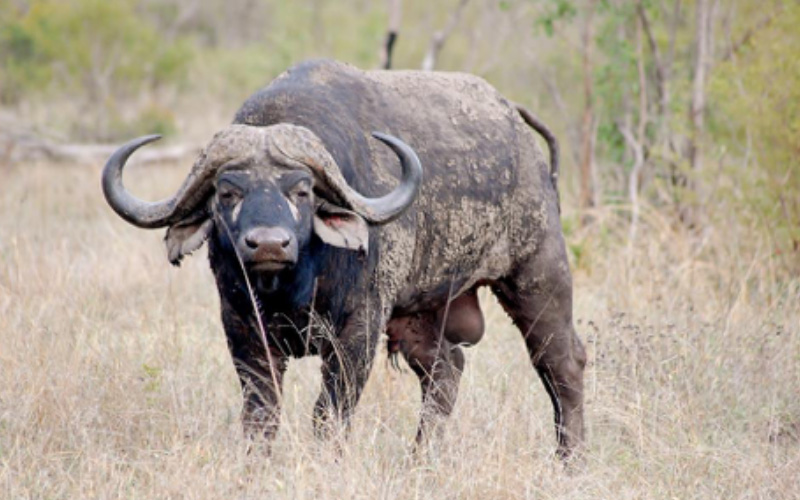 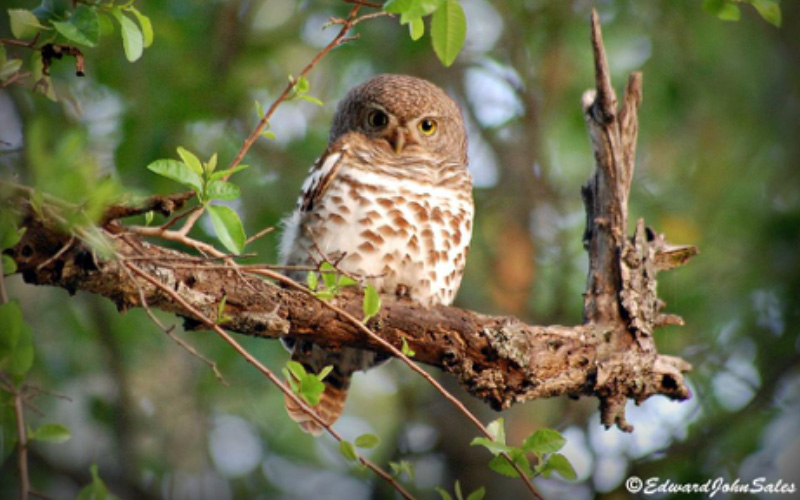