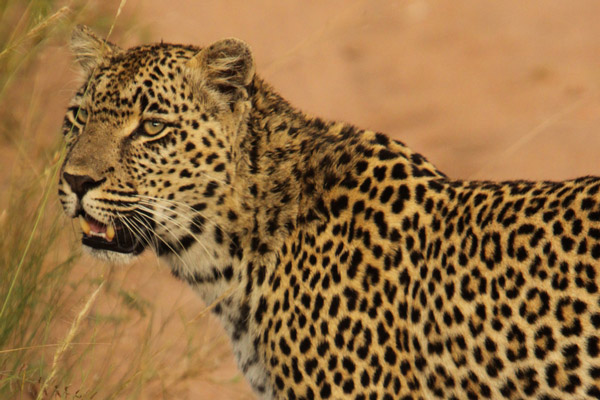 It’s been a fantastic start to the new year. The sightings have been wonderful this past month and we have many stories to share in this month’s sightings report. A happy new year to all our readers and guests and we wish you all the best for 2015.

Lion
The Lion sightings have been great this past month with all our resident Lions doing well and looking good. The 4 resident males have split up unfortunately as we are seeing 2 groups in different areas and have not seen the 4 males together in weeks. The pride of 5 females are also quite a loose knit family and are often seen apart. One of the females is denning at the moment but we are unaware of how many cubs she may have. 2 new males were found around Imbali recently that we have never seen before and they were mating with an unfamiliar female as well. They were 2 of the biggest males I have ever seen and I hope they stick around.

Rhino
Due to the Rhino poaching we will not be giving out any information about our sightings.

Elephant
The Elephant sightings have been great as usual with big herds being seen around all 3 camps. This heat is attracting them to all our water points as they need to drink at least twice daily to keep themselves hydrated. Our large resident bulls are in musth at the moment and have given us some pretty close encounters as their hormones are raging and they can be quite aggressive but fortunately no bad incidences have arisen.

Buffalo
The Buffalo sightings have been fair this past month. Many old males are seen hanging around the mud pans on the concession as they love wallowing in the mud which is used as a form of sun protection and helps alleviate the annoying parasites. Our large herds are still being seen up north and south, so we need to travel a fair distance to see them, but they give us great sightings.

Leopard
No complaints about the Leopard sightings this past month, we have had some great views of our resident Leopards. Our resident female has been seen on numerous occasions around Hamiltons as well as in the riverbed and on Borehole loop. The resident male has been a little scarce lately and we have been searching for him quite a bit, but he is not being seen as much as last month. The resident female’s cub has been seen on a few occasions and he seems to be doing well on his own. A few other Leopards were also seen on and around the concession but have all been quite shy and never really stuck around but we hope they soon relax and we can learn more about them.

Wild Dog
The Wild Dog pack has been up and about all over the concession and unfortunately we have lost another pup, so there are 5 pups left. Some more strange news is that the blue-eyed male who used to be the alpha male of the pack is no longer being seen with the pack at all. The new alpha male is a dog we are unfamiliar with, and appears to be larger than the old alpha. Hopefully he leads the pack to a successful existence.

Cheetah
The Cheetah sightings have been few and far between, but we have had some good sightings recently. One morning there were two young males right outside Imbali Safari Lodge, which led to an awesome sighting as they were running around, playing and stalking Impala. They were seen later that day all the way down behind Hamiltons, which is quite a distance for them to cover in a few hours. We all hope they stick around and more sightings occur.

Sightings Update
Great general game all over the concession is being seen and the baby Impala are growing up quickly. Lots of Giraffe, Kudu, Wildebeest and Waterbuck are also seen on a daily basis which just adds to the excitement of being out in the bush.

Birdlife
The birdlife as always is great this time of year, having seen many Vultures and other birds of prey occupying the hot summer skies looking for a chance at a fresh meal. It is not always about the large birds though, there are so many beautifully coloured birds which we see regularly such as the Rollers and Bee-eaters as well as numerous species of Kingfishers. The difficult ones are the little brown birds which all look the same but spending time with them helps the identifying process. But great bird sightings all in all.