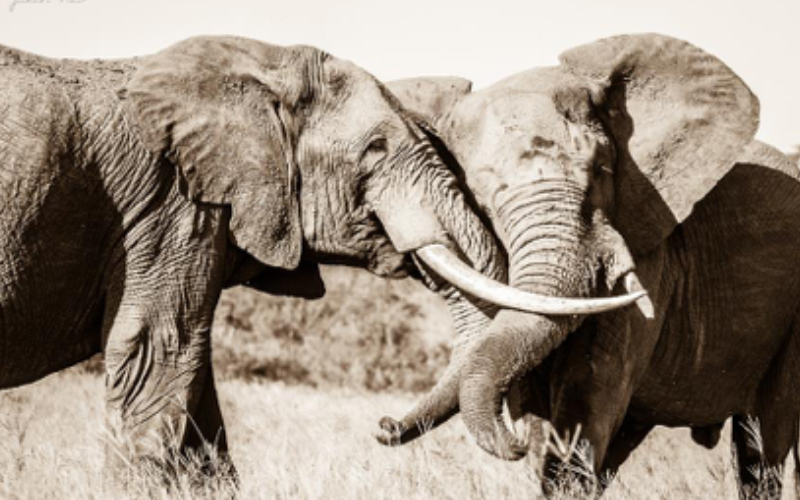 Welcome to another edition of our monthly newsletter from the Mluwati concession here in the world-renowned Kruger National Park. The concession is now different shades of yellows and mottled browns with only the big trees growing along the riverbeds breaking up the landscapes with shades of green. The only water now is in front of the lodges or to the larger dam about six kilometres off concession, so there is an abundance of activity at these waterholes all throughout the day and night. At Imbali the Lions pulled down a large Buffalo very close to the water and sat feeding there for three days, much to the delight of all the guests.

It was another good month as far as sightings went of these apex predators all over the concession. The Hamilton’s pride was very active all over the concession and even pulled down a large male Buffalo close to Imbali waterhole which they feasted on for three days. The new male was seen still mating with various females from the pride.

Some of the Imbali females were seen after they have pulled down a warthog and had to fight off several Hyenas to make sure they kept their prey secure from being stolen.

It was a good month sighting wise of these beautiful cats. Wabayisa was seen on several occasions and the guests where treated to a once in a lifetime sighting when he stalked and pulled down a large Impala right in front of the vehicles and pulled it up a tree where he remained feeding on it for four days giving the guests some amazing photo opportunities. There was another sighting where he was spotted after chasing a young Leopard cub up a tree but lost interest as the youngster climbed high into the tree on small branches unable to support his weight. There were also multiple sightings of Leopards in front of all the camps at the waterholes during dinner.

This month we only had one sighting of Cheetah being a lone female patrolling our southern boundary area, which is mainly open plains areas perfect for Cheetah’s they rely on speed for hunting and can spot prey almost two hundred meters away. Tracking Cheetah can be tricky to the untrained eye as there claws unlike other cats do not retract like other cats. So, when you see most other cat tracks there is no sign of the tracks, where as with Cheetah they will be present in the spoor. 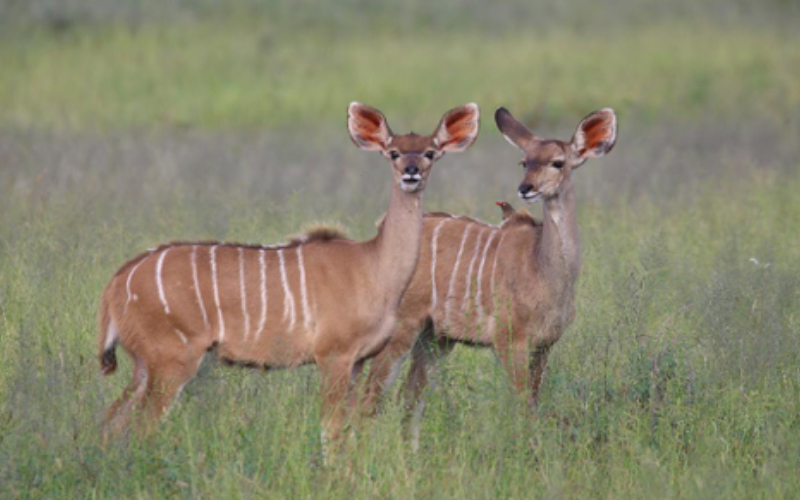 So inquisitive – Kudus with their beautiful big ears 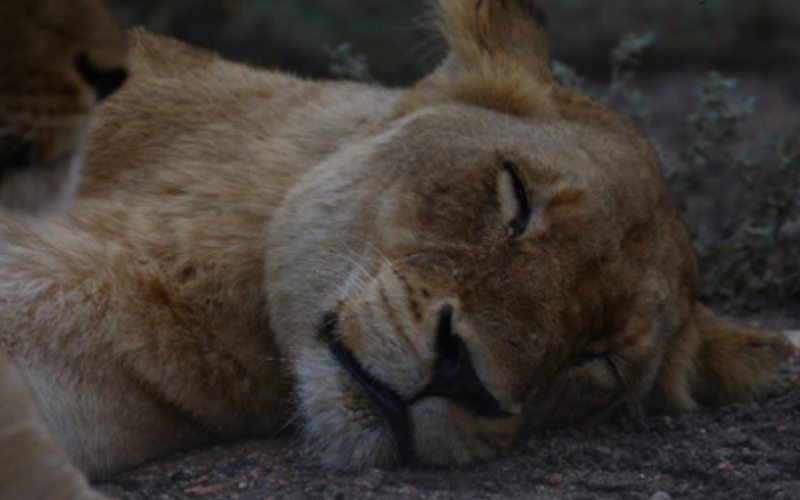 What are cats best known for – Sleeping 18 hours a day 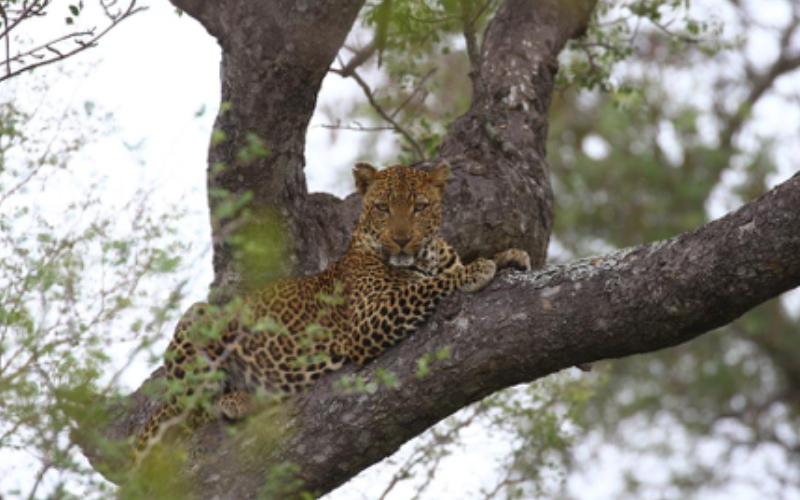 Unknown male leopard – keeps a watchful eye for any opportunities 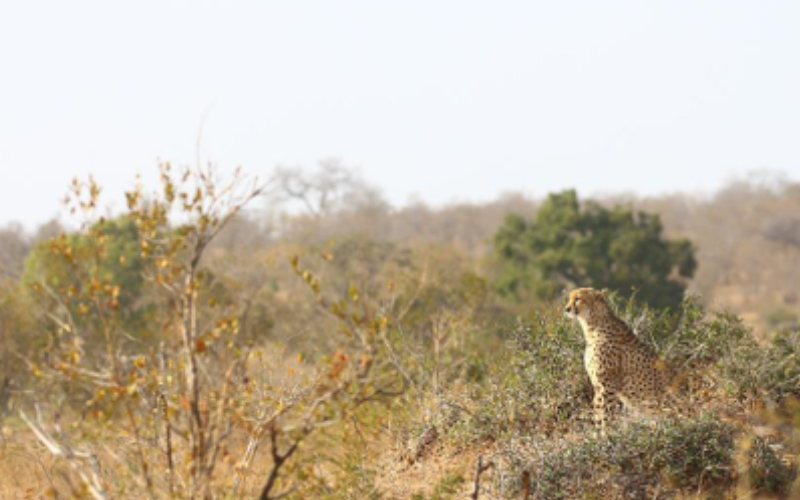 We had only two sightings of these highly endangered carnivores this month but still no sign if these two packs have had any pups. But with these nomadic animals there is never any certainty as to where they are or might be. As some times they have been known to change den sights or move pups around from one site to another for various reasons. It might happen sometimes that the den site has been found or threatened by other predators so the pack will move areas to protect the pups.

As the height of the dry season there is no shortage of Elephants anywhere on the concession as they move from water hole to the next in search of the life blood which is water, there are huge herds of Elephants moving all over the concession and visiting the waterholes at all the lodges, that said during this time of year when the grasses are very dry the Elephants target certain trees and the destruction is evident all over the concession as they uproot numerous trees in search of the root system which is storing all the nutrients they are after. There has been a massive herd of Buffalo of around 600 visiting the dam just off the concession and seeing a herd this size is always special.

The concession is always alive with birdlife, the White backed Vulture chicks in the nest are now almost getting ready to leave the nests. It won’t be long now and some of the migrants will slowly start to return to the area. There are still plenty of interesting species around and the brown headed parrots are always about in the bushwillows this time of year going after the seed pods. As well as lots of species going after the fruits of the Jackal berry tree which are all carrying fruit now. 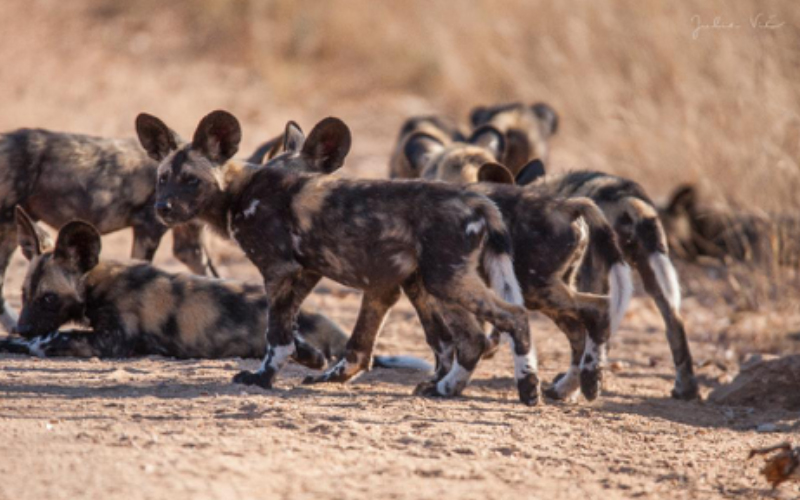 Pushing each other around a bit 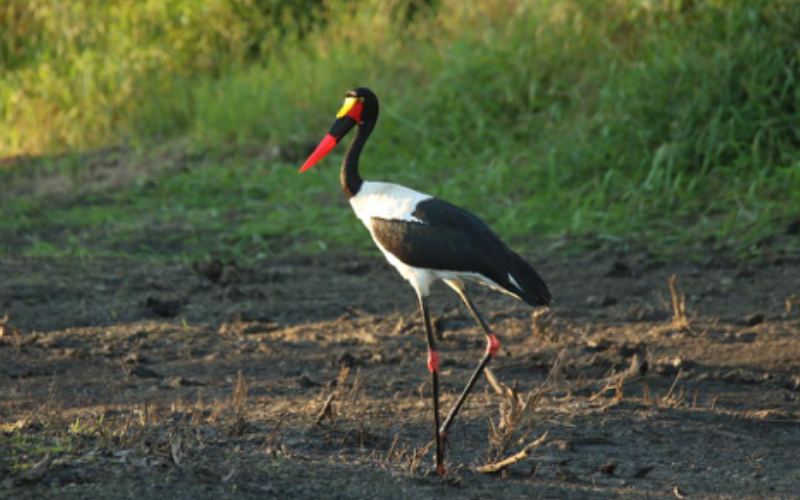