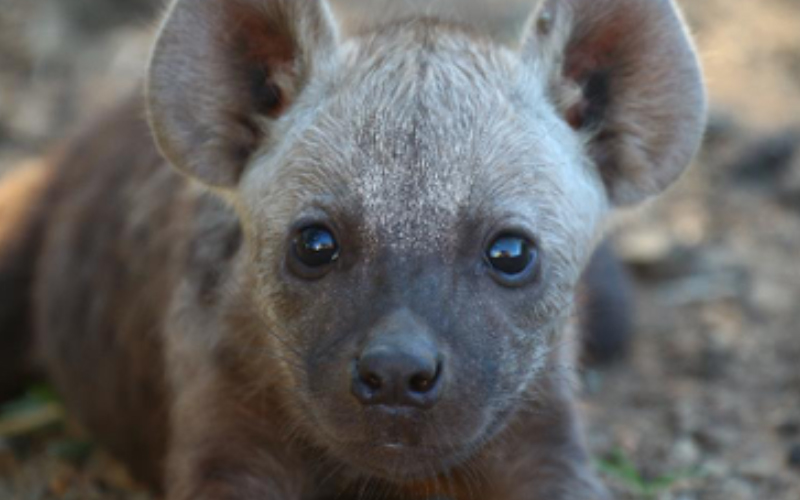 By ImbaliAdmin201913th May 2019News, Ranger Blog
No Comments

The bush is getting a lot thinner as we head into the dry season and the waterholes in front of the Lodges are slowly starting to get more active as the smaller natural pans start to dry up. The mornings are a lot colder as the early morning safaris depart and guests are wrapped up in their blankets as the icy wind hit’s their face and yet at the same time excited as to what might be around the next corner, while the sun fights to slowly heat up the day.

It was a quite start to the Month as far as our regular Lions went. But the vehicles still had good sightings off the concession. Later in the month the Hamilton’s prided and various Lionesses where seen in the central parts of the concession. We did not see the very young cubs again but the female from last season with her three older cubs was seen several occasions. The Mbiri male was seen often around the eastern boundary and also moving north. We also had one sighting of the Imbali pride whom we have not seen for a while moving east from Hoyo-Hoyo when out of nowhere a large black main Lion appeared and started to follow them but the Lionesses did not like his advances and the pride ran off at speed.

It was a slow month on the concession as far as Leopards where concerned but just off the eastern boundary the vehicles had numerous different sightings of various Leopards some sleeping in tree’s others walking down the road and another, they viewed for three days up in a tree on an Impala kill. Nkanye was seen once close to Hamilton’s while her cub was also seen in the camp chasing a Honey badger.

These beautiful diurnal hunters are always special to see and difficult to find. We had two sightings of the female and two sub adults on the southern boundary patrolling the open plains. No other protected area in the world contains as many Cheetah as Kruger National park. The last census conducted estimated around 412 Cheetah in the park. Cheetahs claws are only partially retractable and on their front foot they have four digits but on the fifth digit they have a large dew claw attached a few centimetre’s higher on the inside of the leg. This dew claw can be swivelled out at a perpendicular angle to the leg and is used to hook the prey during the chase and throw it to the ground.

How can something this cute be ugly? 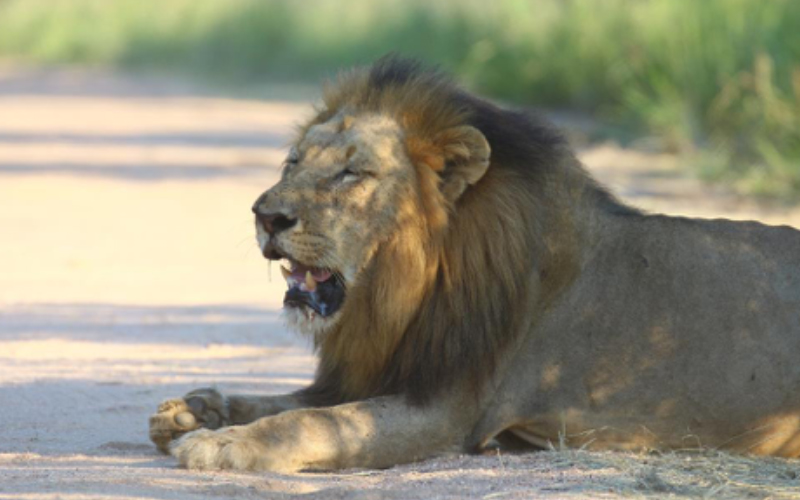 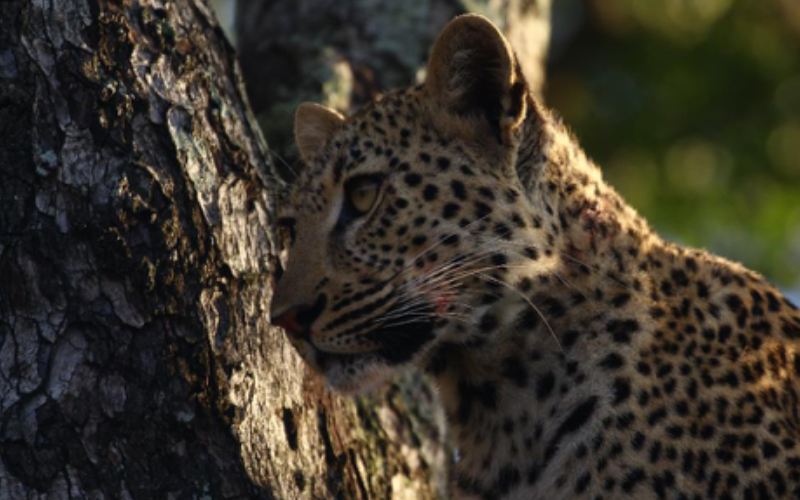 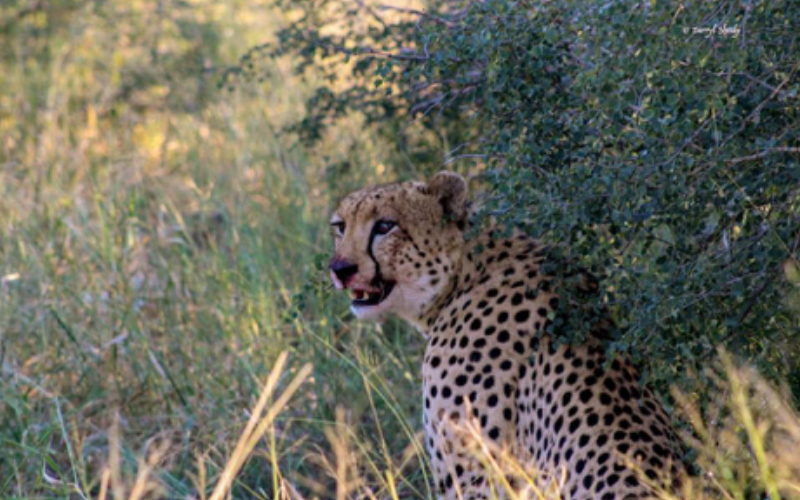 We had a bumper month when it came to Wild dog sightings as we saw various different packs some several times as they are staying more localized now as they search for suitable den sites. One thing the wild dogs do well is maintain a strong gene pool, even thou it is normally only the alpha male and female that have offspring. At some point the alpha female will leave in search of another pack and the alpha male will be replaced by another in the pack or even another dog from another pack keeping the gene pool strong with various pairs mating and never the same two for maybe more than two seasons.

As we enter the drier season the Elephants will start to focus more on browsing than grazing as the palatable grasses become less and drier and the trees represent a better source of nutrients and greener vegetation. The big breeding herds have been a bit scarce this month but there has been no shortage of very large bulls all over concession. We still see some of the smaller Buffalo herds but not any large herds. Their movements will become more predictable as the seasonal pans dry up and they need to move between more permanent water sources.

As with all animals the seasons dictate the movement of all things. So, while most of the migrant species have all left for warmer parts of the continent or the world. There are still plenty of the avian species around which are of interest to guest. Such as the white back vulture of which we are lucky to have lots of on our concession. As well as plenty of other water birds and other raptors still fill the early mornings with their various calls. 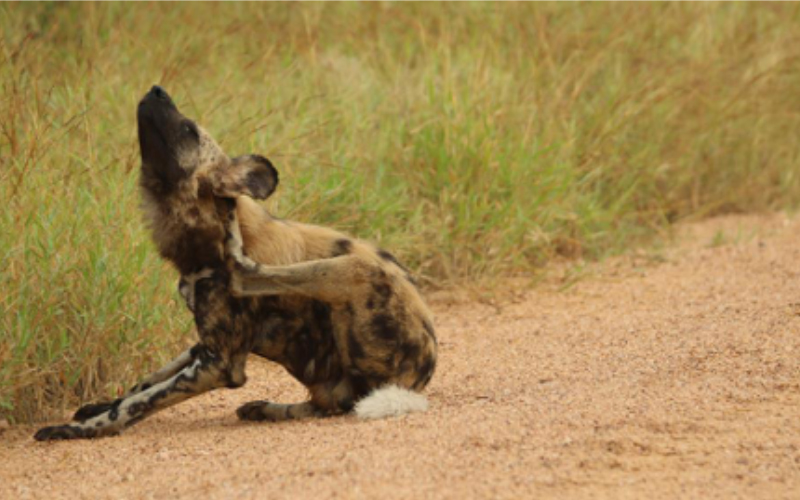 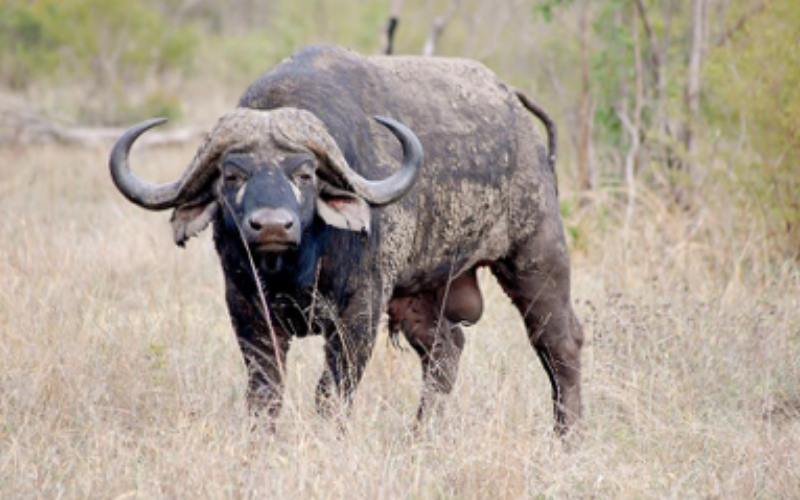 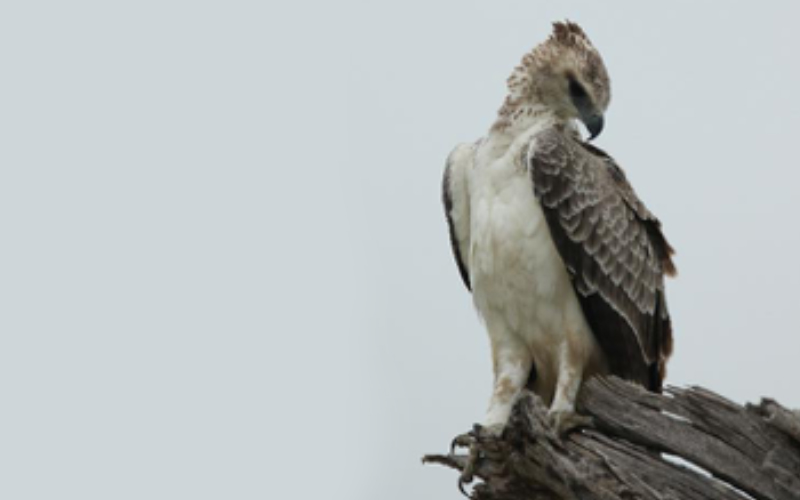